“King of Queens” and “Hitch” star, Kevin James, recently purchased the U.S. Construction’s luxury 6-bedroom, 7-bathroom, beachfront estate in Ocean Delray. Relocating from his Los Angeles home, he is among many notables who are heading to the sunny south. Read the full article here. 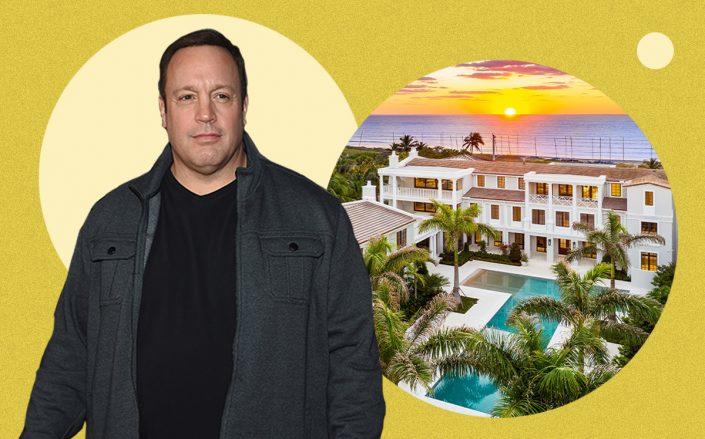 Actor Kevin James is back in Delray Beach after spending $14 million to acquire an oceanfront estate.

James, known best for his role on “The King of Queens,” closed on the 11,500-square-foot mansion at 344 North Ocean Boulevard under his real name, Kevin Knipfing, according to closing documents obtained by The Real Deal. The New York Post first reported the sale.

NRIA and U.S. Construction paid $7 million for the property in 2017. It is across the street from the beach and features a pool, outdoor fireplace, entertainment lounge, wine cellar and covered terraces.

In 2016, the actor and comedian sold his sprawling oceanfront mansion nearby at 502 North Ocean Boulevard in Delray Beach for $26 million.

Nicholas Malinosky of Douglas Elliman represented NRIA, and Jake Elkins of William Raveis represented James in his recent purchase. They declined to comment on the deal.

Celebrities have been flocking to South Florida throughout the pandemic. Reggae musician Shaggy recently paid $2.2 million for a home in Coral Gables, and Cindy Crawford and Rande Gerber paid $9.6 million for a waterfront Miami Beach property.