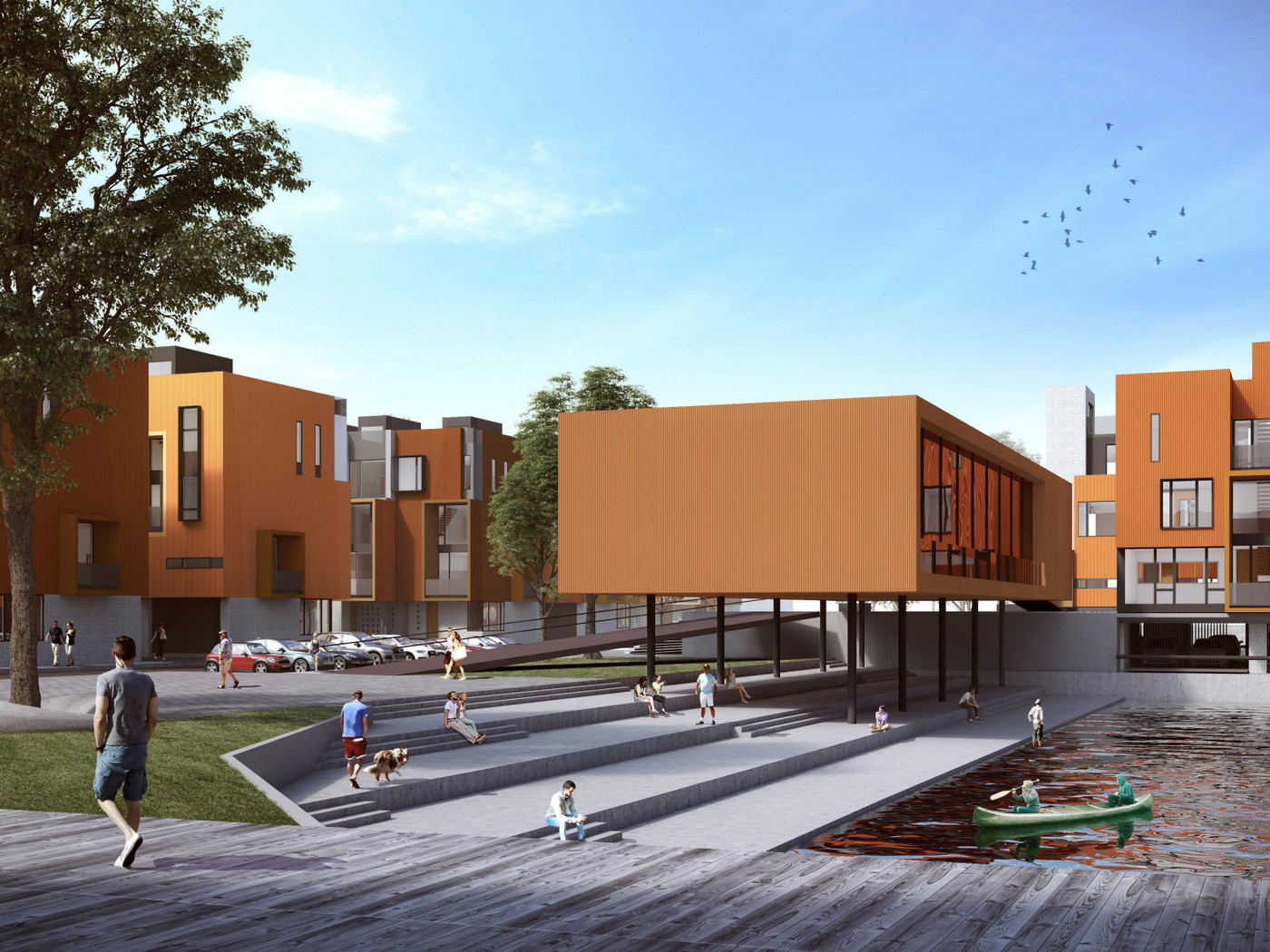 Shortly after developer Bart Blatstein sold a portion of his Delaware River waterfront property earlier this month for some $20 million, the new owner’s plans for the site are now clear.

US Construction plans to build 214 townhouses designed by Atrium Design Group at 1499 S. Columbus Boulevard, according to plans posted to the Civic Design Review’s website ahead of the February meeting.

The townhouse development would be built in two phases, with 169 townhouses, 3,000-square-foot cafe, 367 parking spaces (one- and two-car garages per townhome), and 169 bike parking spaces included in the first phase.

The second phase would bring additional townhomes, outdoor space, and a community center to the development along the two piers that jut out onto the Delaware River. 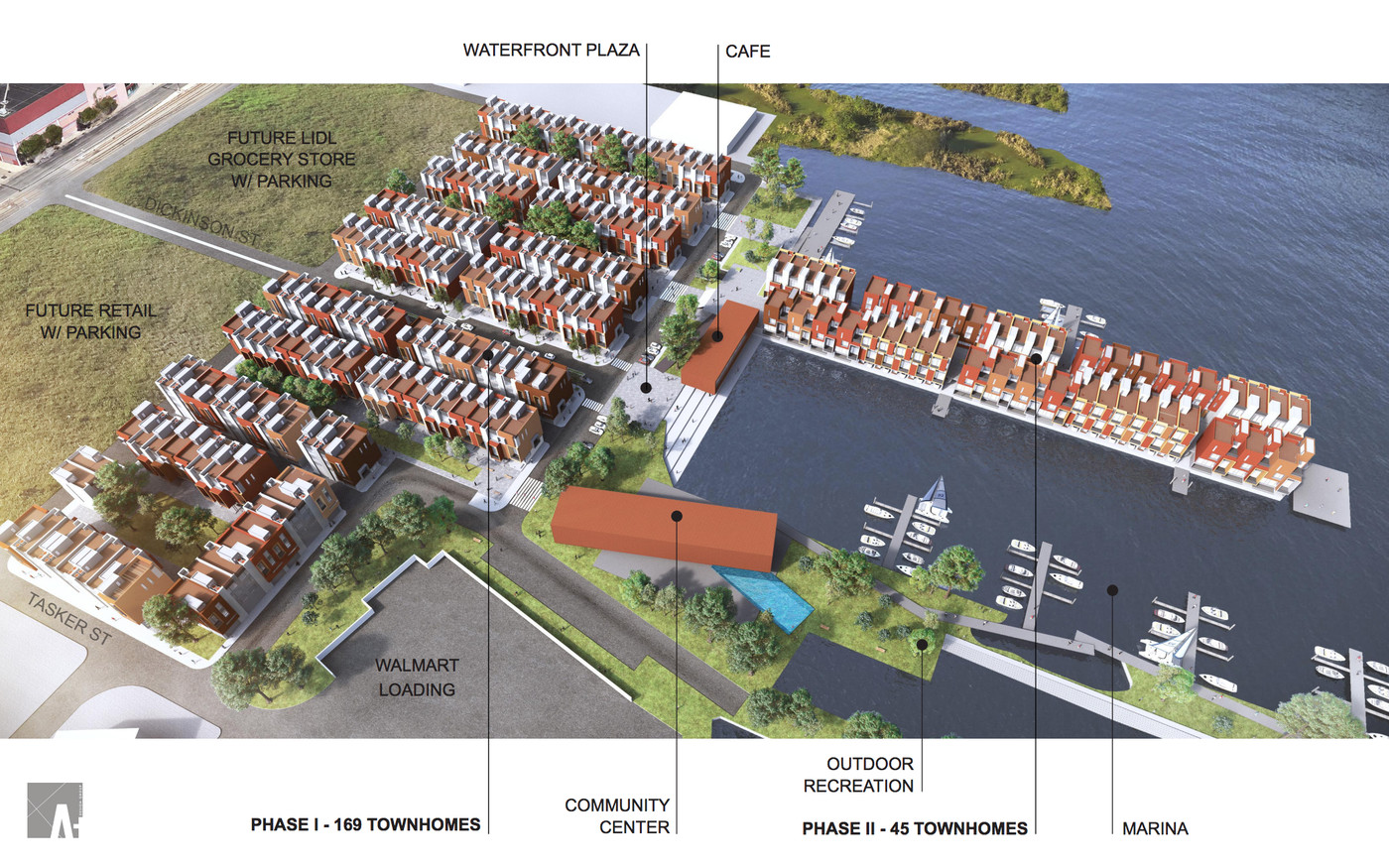 The eight-acre parcel was previously owned by Bart Blatstein, who originally owned 16 acres. He still owns the other half fronting South Columbus Boulevard and plans to build a Lidl grocery store and other retail there.

US Construction’s proposed townhouse development, called Waterfront Boulevard, joins a long list of proposed projects along the Delaware River waterfront. Most recently, plans were announced to build a 22-story apartment tower less than a mile up the river.

The project will present its design proposal to the Civic Design Review committee on February 6. 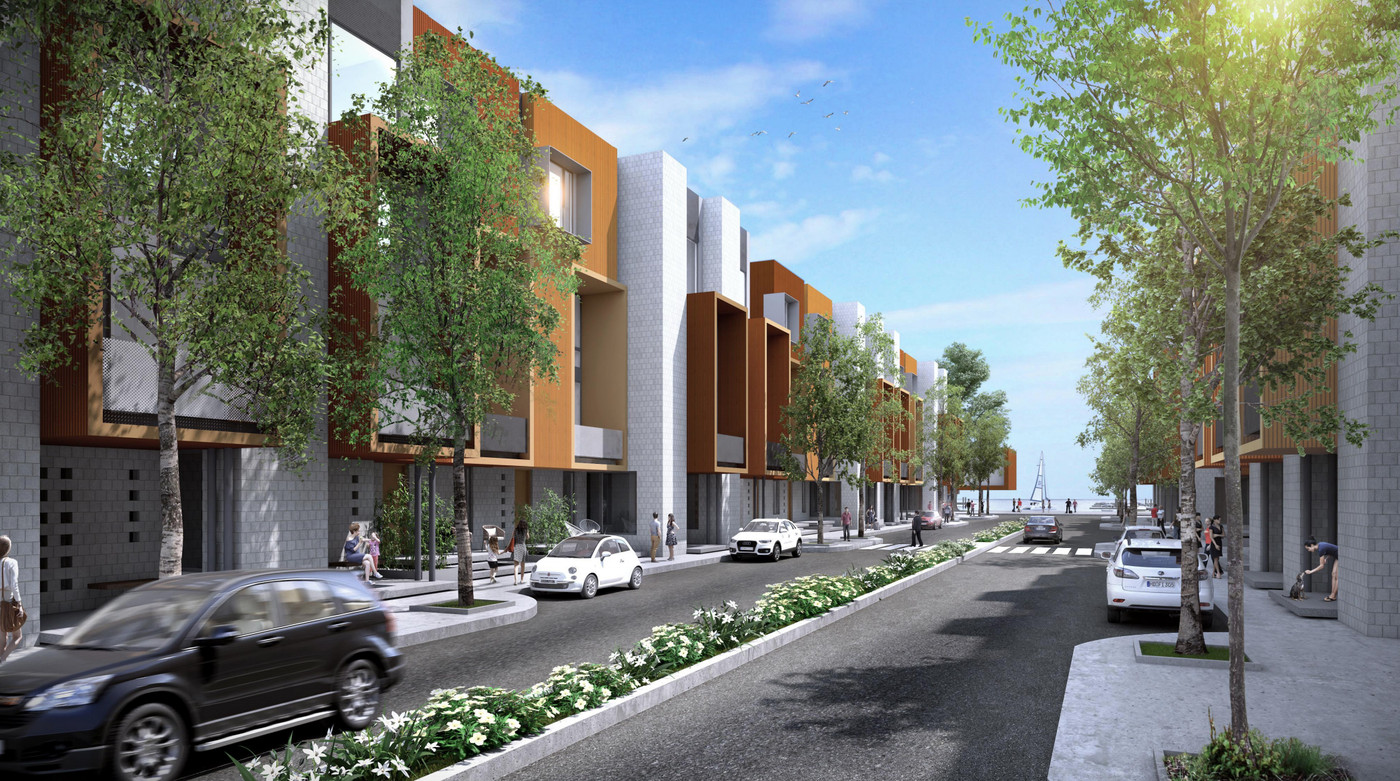 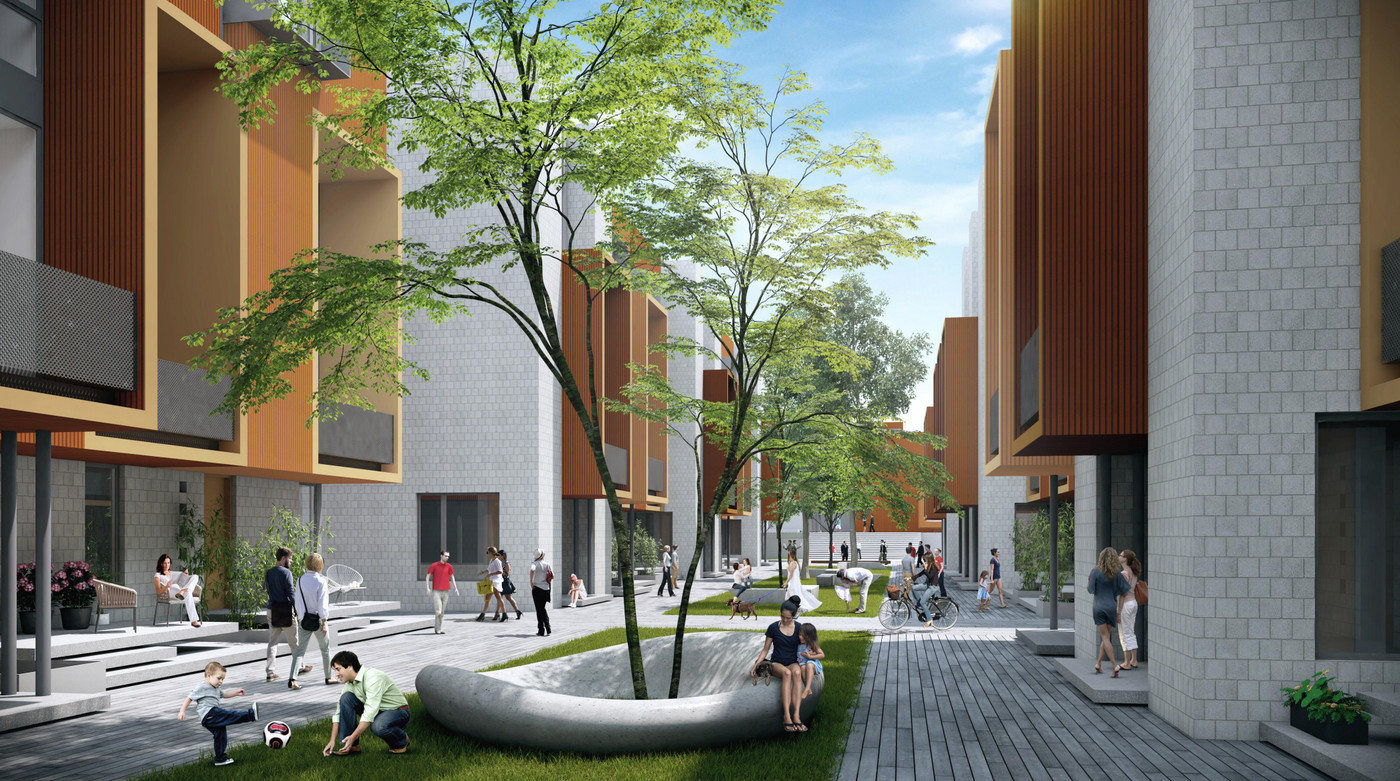